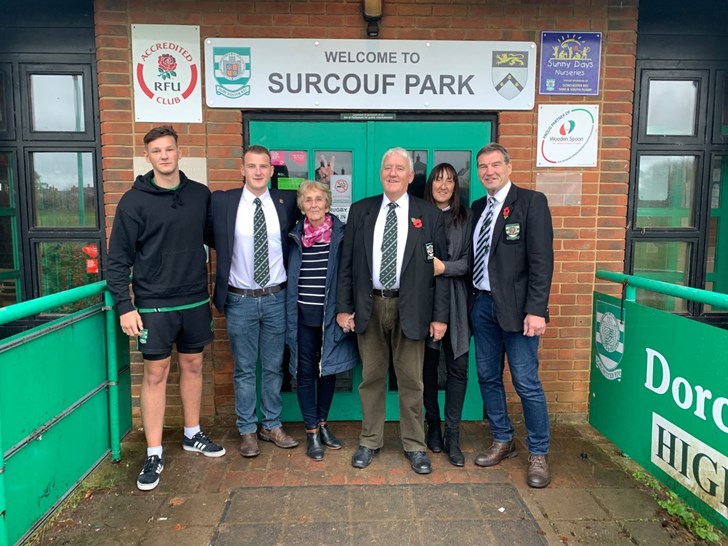 Following the club AGM on Thursday 23rd July, the clubs committee then met (Both via Zoom in these strange times!), and a new chairman was unanimously voted in following Nick Hodge’s previously announced plan to step down at the last AGM.
Club stalwart Tony Foot has taken over the reins.
Tony first joined the committee in 1977 one year after his first team debut. Indeed his first team record is impressive with 517 first team appearances and his club record of 134 tries for the team has only just been surpassed this season.
“Footy” has played through all three senior sides for the club, has been ever present in the fabled Gladiators tours and has seen the club grow from its early days and move to its current ground Surcouf Park, from the old Weymouth Avenue site.
It is true to say though that the rugby club is a family affair within the Foot household, with both sons Josh and George having played for the club and George is currently in the first team set up. His wife Sherry also a familiar face at the club, having served on the club committee and volunteered over many years, is the daughter of another club stalwart Lloyd Surcouf after whom the clubhouse was named last year.
On taking over the role from Nick, Tony thanked him for all his hard work, both as club chairman a former Gladiators captain and also player for the A XV, and his energy in trying to drive the club forward to greater things.
Tony commented that his plans for the future were to continue to improve the teams and attract good players to the club, he especially noted it was important to retain the current crop of young talent coming through the successful junior section, and make Dorchester the “go to” place for high level rugby in the area. He particularly wants it to continue to grow as a family club and make the bonds between the senior, junior and ladies sections stronger and more cohesive.
Having spent a lot of time on (and off!) the pitch with current Club President, Bob Andrews, the two will work closely together for the good of the club and its members. Indeed with such a rich history between them and knowledge of the game locally, this will place Dorchester at the forefront of the game in the area.
With the current situation constantly changing and no clear dates for the return to competitive league fixtures, it was good to see the senior section back to preseason training on Thursdays, albeit in a rather different format. Footy’s plan for the playing season, however that turns out for the first team, is to consolidate on promotion and have a long run back in the Southern Counties league.
We are sure that all club members and supporters alike will wish Tony well in taking on this role.
You can read more over the next few days about his club history and some interesting anecdotes from “back in the day!”
Tweets by @DorchesterRFC