We would like to take this opportunity to thank the many local businesses and individuals in and around Dorchester for their continued and valued support to the Rugby Club.

We would like to express our thanks to Highwood for their continued support as Main Club Sponsor for the 2018/19 Season. The financial support given to the Club by Highwood and our other Sponsors can not be underestimated.

There are various opportunities to suit all budgets and all Sponsorship Opportunities can be tailored to suit your particular needs. 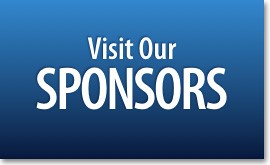 In addition to the First Team we have two senior mens teams, a ladies team, Colts Team and up to ten Junior teams.
Shirt sponsorship is available through the club which will include the business name or logo on the front of the shirt.

Promote your business and support the Club at the same time.

Why not hire your Clubhouse and Function Room for a Wedding Reception, Anniversary, Birthday Party, Conference, Meeting, or Dance Class etc. Marquee hire for your wedding or function is also available.

Our 1st XV currently play in Southern Counties South Division in which, of the twelve teams competing in that league next season, four will be from Dorset. This will be an exciting prospect for both regular and new spectators, with home derby fixtures to look forward to against Swanage & Wareham, Sherborne, North Dorset and Wimborne.

Our second team, the 'A' XV, will looking to build on their significant achievements last season, boasting a large contingent of under 19 players, most of whom have come up through the ranks of our Junior Section.

Our third XV, the Gladiators, are back in the league this season after a few years in the wilderness, and offers the opportunity for former Colts looking to move into senior men's rugby and for former 1st and 'A' XV players looking to play at a less intense level.

We are particularly proud of our Junior Section, which is able to field thirteen youth teams from Under 6s to Under 17/18 Colts, including a Junior girls team. Last season the club competed in three County Youth cup finals, becoming County champions in two of the age groups.

Women’s rugby is growing rapidly in popularity, particularly since the England Women's success in the recent World Cup in France, and the RFU is encouraging all clubs to establish a women’s team. At Dorchester we have an established women’s senior team which competes in the South West division.

However, all of this does come at some considerable cost. The Rugby Club is an amateur community sports club, run entirely by volunteers who dedicate a lot of their personal time to help provide a facility for playing rugby in Dorchester. Our income stream is very limited and therefore we are totally reliant on the goodwill from individuals and local businesses, who are able to financially support the club in the form of sponsorship and advertising.

All Sponsorship Opportunities can be tailored to suit your particular needs.