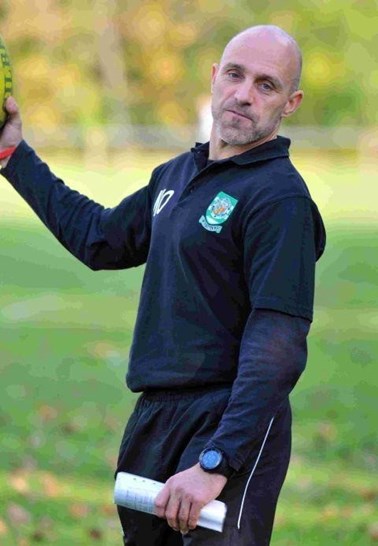 The club are delighted to appoint Martin Oxland as head coach and he will take charge of the senior teams.

Oxland is no stranger to the County Town club having previously coached the senior teams for three years lastly in 2013 at Southern Counties level. His coaching pedigree comes well recommended and has recently been with Tiverton where he won promotion to Western Counties level.

As a player Oxland achieved County honours with Devon, played for Devonport services, Tiverton and Exeter Chiefs from 1989-1991. He also represented the Royal Navy in the annual Army v Navy games at Twickenham, on more than one occasion, and in other inter service matches. Before injury forced retirement he played in the Fly Half position with great success.

Having been actively involved from the end of last season with the then Coach Martyn Peel bringing him back to the club, Oxland knows the difficulties of availability and sees this as point for improvement and a key to success.

Club Chairman, Nick Hodge, commenting on the new set up said, “The club is delighted with the appointment of Martin Oxland, he comes highly recommended by both coaches and players alike. He is the tonic we need following our relegation last season and he is the best fit to make the most of our strong, young player base. I would also like to thank our outgoing coach Martyn Peel, who has worked tirelessly for the club over the years coaching at all levels, especially during very difficult circumstances season. We wish him well in his new rugby ventures.”

The senior teams will have pre-season games from August onwards, Yeovil and Swanage & Wareham being two of the opponents. New players are welcome to come along to pre-season training from the 2nd July at 7pm.