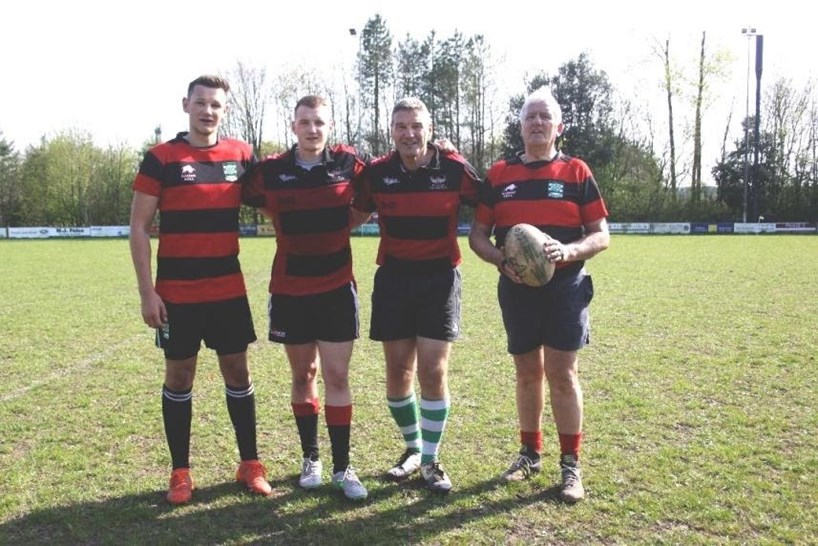 A seasonal message from our Chairman Tony Foot, (along with a couple of family photos from the Foot scrapbook, because it sums up our club)

No rugby, no clubhouse, no bar and no income. Not the best time to take on the role of Chairman of the club! Having said that, we did win the league at the start of the year along with the D&W shield and were named team of the month by both Dorset & Wilts and Rugby World in January and February, but that seems an age ago.

Unlike the British media I do not think it right to concentrate on the negative but rather look forward and celebrate the positives.

It has become apparent during these difficult and uncertain times just what a brilliant set of committee members, coaches and players we have at our club. Throughout the period they have worked tirelessly to ensure that the club will have a future and indeed will thrive.

Despite the lack of income our Treasurer Hazel Hoskin has worked very hard to ensure essential items can be funded while preserving our fragile bank balance. This has been aided by the excellent work of both our Captain James Newsam and President Bob Andrews in securing vital new sponsors, an almost impossible task in pandemic times, with no rugby or social interaction to offer. In addition our membership secretary John Elliott has managed the tremendously difficult task of collecting subscriptions from players and Vice Presidents with efficiency and good humour. Mark Cope and his social committee did great works last year and we are hoping they are about to embark on rebuilding the social life of the club. This will be assisted by the refurbishment of the bar and cellar organised and overseen by Roly Harries and our hard working and dedicated Club House Manager Michelle Rainford.

Our secretary Janette Thompson and our health and medical guru’s Christian and Jo Brookes have put in endless hours to ensure that the club is COVID secure and written countless and ever changing risk assessments and safety policies, along with trying to understand every new RFU and Govt guideline.

Tim Beavis our comedic and articulate press officer has been able to keep the club in the forefront of local papers and social media.

The senior players encouraged by Tony O’Connell Tom Gower and Laurence Burch have trained when possible in good numbers despite the difficulties of maintaining social distancing whilst playing rugby. This we hope is about to change with some contact games coming soon into the New Year.

The ladies section overseen by Sam Wilson also continues to grow and thrive with the addition now of a girls team for younger members.

The junior section was able to train between the first and second lockdowns in difficult circumstances but with no game time. This inevitably has led to frustration but the organisation and enthusiasm of the outgoing chair Theresa Draycott-Lovell and more latterly Tom Bamlet has meant that we have maintained great numbers and can hopefully look forward to a continued bright future.

Becca Ross has been ever diligent in her important safeguarding role and the Chairman of the playing committee Martin Bartlett along with our fixture secretary John Lambourn work endlessly behind the scenes and their work will be vital now that we approach at least a semblance of competitive game time.

On top of all of this we have now had 5, yes 5, of our former junior players take the pitch in professional rugby for top teams in the past few months. A fantastic legacy and wonderful example to our current crop of younger players to show that if you believe you can achieve! 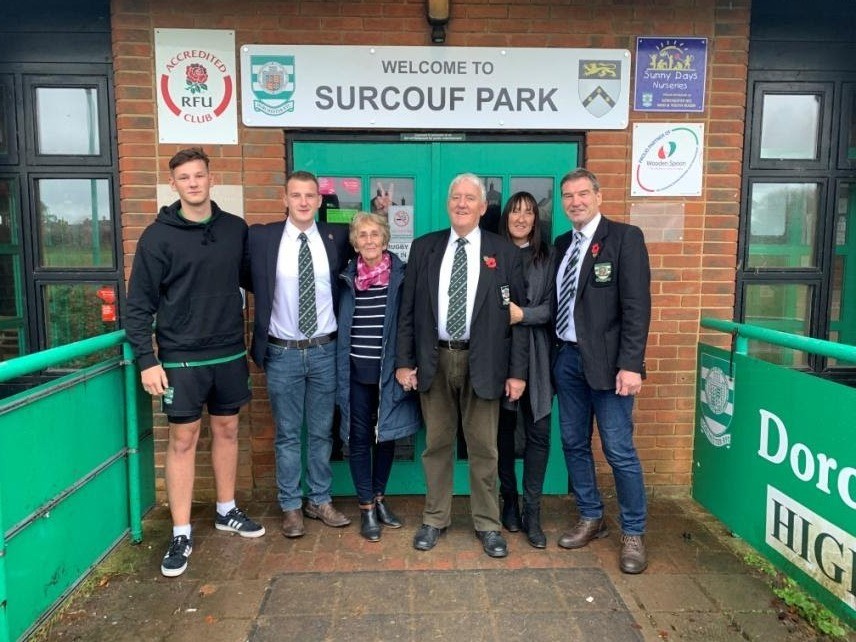